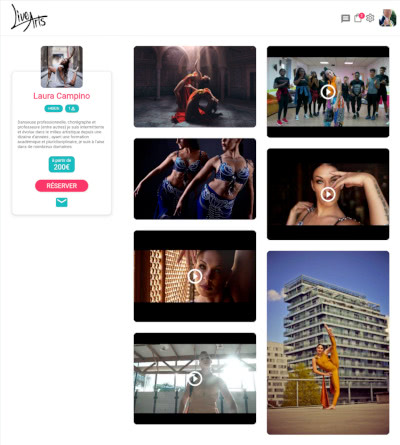 LiveArts is developed with flutter web. 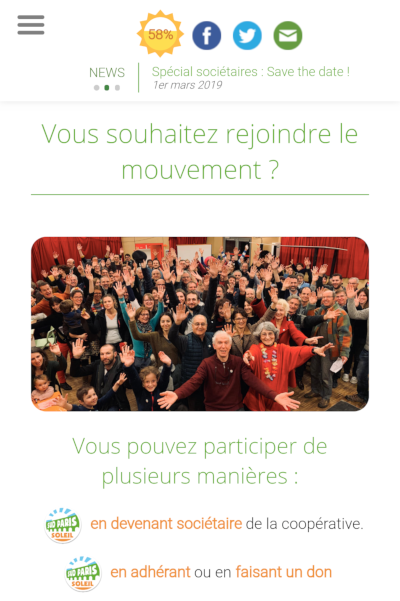 Sud Paris Soleil is a citizen project, supported by residents of Val de Marne, which aims to contribute to the fight against global warming through concrete, collective and local actions.

The flagship project is a solar cooperative that will produce renewable electricity, using photovoltaic panels installed on rooftops in the southern suburbs of Paris. 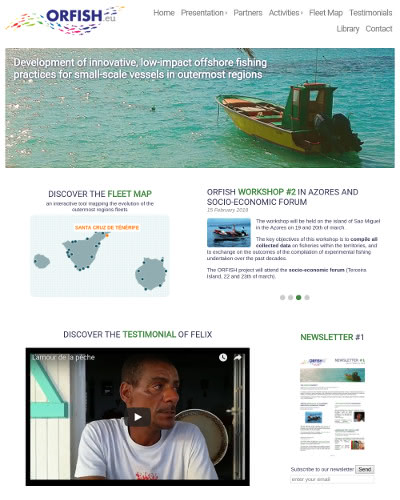 The ORFISH project aims at providing a platform for exchange of knowledge on low-impact offshore fishing techniques among fishers from the outermost regions (Azores, Canaries, Guadeloupe, Madeira, Martinique, ...). 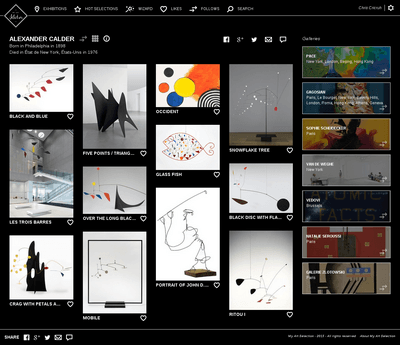 My Art Selection is the first website for contemporary art lovers and collectors.

My Art Selection allows you to follow what’s new at the world leading art galleries, geolocalize and discover art exhibitions around you, share artworks you like.

The fruit of six years of filming in 84 countries, this project brings together over 6,000 video clips recording the words and thoughts of men and women all over the world.

Almost four million people had the opportunity to view some 40 thematic firlms in a huge exhibition shown in France and elsewhere in the world. TV programs have been broadcast in over 100 countries and territories

Web users can get involved in the project through the participatory website, translated into eight languages. 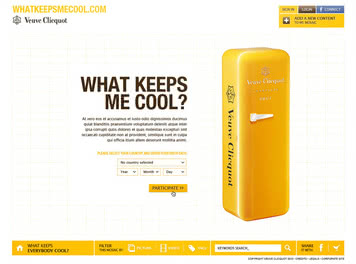 What Keeps Me Cool? Veuve Clicquot

Participative website designed to promote the "Fridge", the latest product of the Maison Veuve Clicquot. Users upload photos and videos of their choice in their personal mosaic. They can reference the contents of other users in their own mosaic.

The interface has been designed so that to user experience is fun and interactive.

As part of our longstanding collaboration with IFREMER (French Research Institute for Exploitation of the Sea), we participated in many research projects on fishing activity.

These projects focus on the assessment of fishery resources, decision support in the regulatory field, the validation of statistical data, ...

The Portal of the Marine Fisheries and Aquaculture Direction of the Ministry of Ecology, Sustainable Development and Energy is a tool for knowledge management and information on the French fishing industry.

The fisheries portal is used by the administration, representatives of fisheries professionals and scientific institutes. 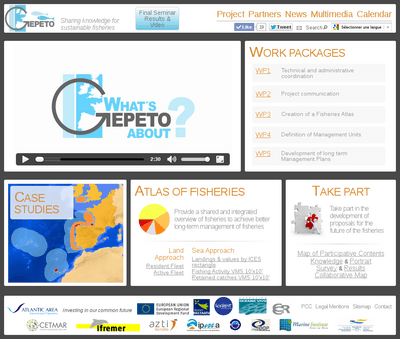 This participative project is a concrete contribution to public policy for regionalization of fisheries management, now widely acclaimed.

The project focus on coordination, communication, realisation of a fisheries atlas, definition of management units and elaboration of long-term management plans for some pilot fisheries. These activities involve the fishing sector, scientifists, national administrations and NGOs